www.fsays.eu uses cookies. By continuing to browse the site, you are agreeing to our use of cookies.
These cookies are not used for marketing purposes, merely to improve your user experience when using our website.
Got it
More info
www.fsays.eu

My name is Erwin van Dijk (or officially: Eeuwe van Dijk). I live in the Netherlands. I'm a software developer. I wrote my first program in 1986 on a C64. First in BASIC, after a while in assembly.
During my study Electronic Information Technology, I learned C and C++. After my study (1997) I started to work at Nucletron and HITT as a software engineer (via Multec, PTS Software and Profit-Consulting): Those were my C++ years.
In 2003 Nucletron started to work with .NET C#. They asked me if I'd like to learn this "on the job" and I'm glad I did.
From WinForms in 2003, switched to ASP.NET Web Form and since last year, I'm dealing with the challenges of ASP.NET MVC3 and the Entity Framework (code first).

Some time ago, I decided to have my own blog and my first idea of a blog was blogging about building a blog in MVC3. Maybe I will someday, but there are already others how covered this subject. But finally I've things up and running using MVC3, Entity Framework and more.
After I build the blog web app, I had to merge it with my old WebForms site without loss of static links. Which meant that I had to keep the old aspx alive and redirect them to new actions and controllers. 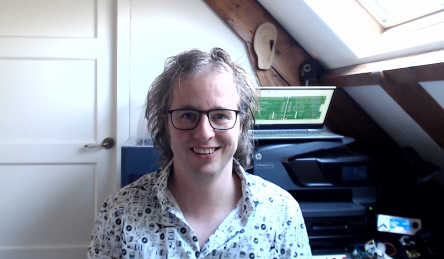